Ved was each auto driver who tells us stories on the way and strikes conversations about ghazals. Each housewife who sings in front of her mirror. Each father who curses himself for not being able to spend enough time at home. He was so many of us who chase mirages in our lives so much that we become a mirage ourselves. An illusion of what we set out to become.

Yet, Ved was also a reminder that he was just a character, not a universal story.
So my biggest takeaway from Ved is: your story might not end with you bowing down to someone. You might have to rescue yourself. You might not get a standing ovation the first few times you perform on stage. But, be there. It is your story. It doesn’t end till you allow it to. 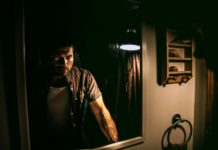 Fight for your Fairytale

Find the one reason why it will work. Fight for that.

I think your promises were made in China

Forget the past. Remember the lesson